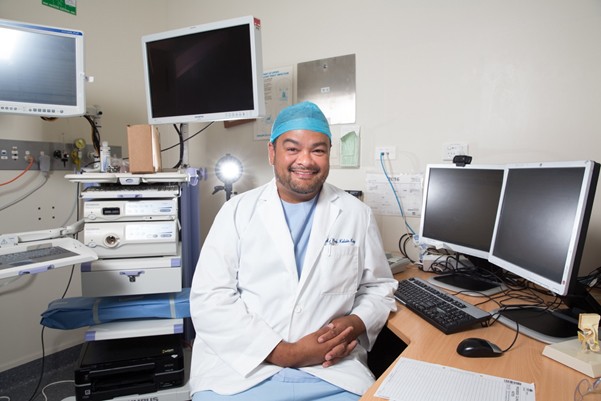 He completed his Bachelor of Medicine, Bachelor of Surgery at the University of NSW in 1999 and began his surgical training at St. Vincent’s Hospital in Darlinghurst, completing resident medical officer and registrar positions at various Hospitals in NSW. Along the way, he has been privileged in serving the urban, rural and remote community.

Kelvin qualified as the first Aboriginal Fellow of the Royal Australasian College of Surgeons (RACS), in 2007, now practising on Awabakal Country in Newcastle. He feels lucky to have a very broad practice in ORL, including community clinics, primary health care, outreach, a private practice and a commitment to research.

He has also been humbled to partake and serve in various roles with a variety of government, NGO’s and private sector groups. His pride and strength is his family.