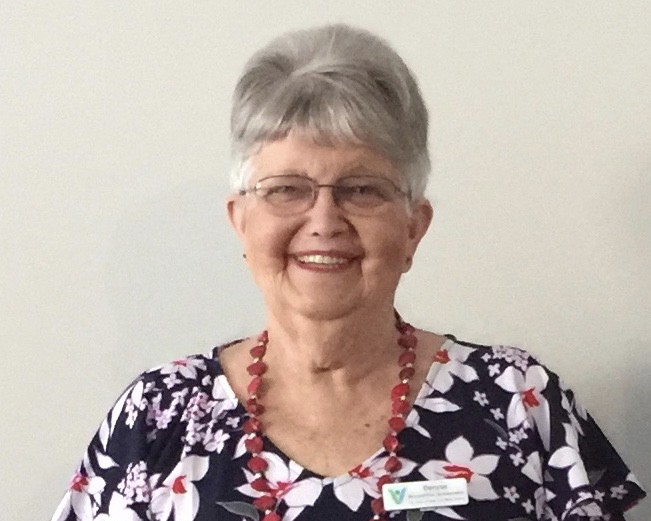 She is married, has two adult children and eight grandchildren ranging in age from 22 to four.

A long-time Sydney resident, Denyse and her husband chose to retire to the Central Coast of NSW in 2015. Since then she has found that retirement from a long career and leaving behind family and friends was a challenge in transition and adjustment  but one that over time she’s accepted. However life in retirement changed rapidly when, aged 67, Denyse was diagnosed with squamous cell carcinoma in her upper gums and under the top lip in May 2017.

The Oral Surgeon on the Central Coast who broke the news to Denyse also did the best thing possible too. She referred Denyse to Professor Jonathan Clark, Head and Neck Cancer Surgeon at Chris O’Brien Lifehouse. In fact, Denyse saw A/Professor Ardalan Ebrahimi at her first appointment the day after diagnosis, meeting Professor Clark through the 2 and half hour consultation. Both she and her husband felt that this plan of action and the experience from these men gave an edge of confidence for times ahead despite the news of cancer.

In 24 hours Denyse had found out about her cancer, was given a detailed explanation of the likely reconstruction, provided with all of the possible good/not so good scenarios and was booked to see the Prosthodontist at Westmead Oral Sciences the next week.

There were tests for blood flow, measurements inside the mouth along with photos taken, resulting in 7 weeks of waiting for surgery as the detailed plan for her long procedure, using her fibula and part of the flesh from her leg to replace her upper mouth was made. Her first 11 hour surgery was successful and no spread of cancer to the lymph nodes. After 10 days in Chris O’Brien Lifehouse, Denyse returned home with her right leg in a boot and bandaged and her mouth with stitches but little evidence from the outside of the surgery.

For more on the next 3 day surgeries (November 2017, February 2018, May 2018) do read the story of Denyse’s Head and Neck Cancer on her blog. Denyse has written and updated posts and photos over the 3 years since diagnosis and her aim in doing this is to share the messages about the ‘little known’ cancer called Head and Neck.

One year on from her surgeries, Denyse was invited to become an Ambassador for Beyond Five, the organisation begun by Head and Neck professionals (including members of her treating team) so that patients, carers and families could have support on-line past the ‘traditional’ 5 years of cancer. Denyse uses social media to share Beyond Five’s messages, support fundraising  and attends her local head and neck cancer support group.

Denyse continues to share her story in various media and is particularly keen for GPs and Dentists to be aware that not every case of Head and Neck cancer is obvious by some of the many warning signs. In fact, Denyse has been told, with no risk factors, her cancer is ‘rare of rare’ but it doesn’t stop her wanting to share her story with others.