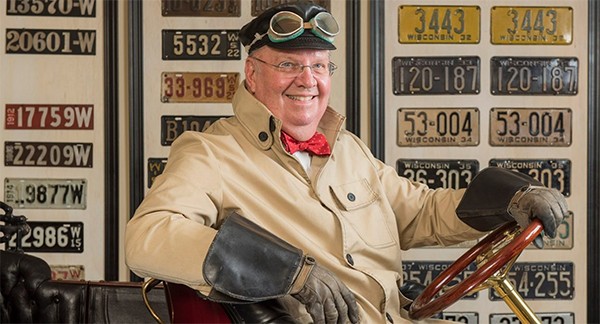 Wade Smith knew something was wrong when he spotted the lump on his neck while shaving one morning in September 2015. He wasn’t too surprised when Steven Frank, M.D., a radiation oncologist and director of MD Anderson’s Proton Therapy Center, told him it was tonsil cancer. And he wasn’t even surprised when Head and Neck Surgery professor Neil Gross, M.D., told him that the biopsy revealed that the cancer was caused by the human papillomavirus, more commonly called HPV.

As a dentist specializing in making replacements for teeth and parts of the jaw, Smith was very familiar with the rising numbers of men middle age and older being diagnosed with HPV-related head and neck cancers.

“Head and neck cancers were already something I was talking to my patients about. And now I’m even quicker to tell them about HPV-associated cancers, what signs they should look for and how it can be prevented through vaccines,” Smith says. “I also tell them that I had an HPV-associated cancer to show just how common it really is. It doesn’t bother me to tell people that I’ve had it.”

Smith isn’t alone. According to the Centers for Disease Control and Prevention, 14,800 men and 3,400 women are diagnosed with new cases of HPV-associated oropharyngeal cancer, also known as throat cancer, each year. The average age at diagnosis is 61 and 62 for men and women respectively.

In the past, many cases of head and neck cancers were typically thought of as associated with tobacco. It was spotted in older patients who had used tobacco for years. Often, the prognosis wasn’t good. But now, that’s changing. Recent studies show that more than 70 percent of throat cancers are linked to HPV.

But there is some good news. These cancers respond well to treatment, giving patients a prognosis for disease-free survival of 80 percent.

“These cancers are treatable, but historically the treatment was very difficult for the patient. The treatment-related side effects can affect our patients for the rest of their lives,” Johnson says. “So our mission has evolved to help patients not only beat cancer, but allow them to do so while experiencing less side effects and a better quality of life.”

MD Anderson is tackling every stage of fighting this increase in HPV-related head and neck cancers, including efforts in research, treatment – including advances in chemotherapy, immunotherapy, radiation and surgery – survivorship and prevention.

Read the rest of this article online.