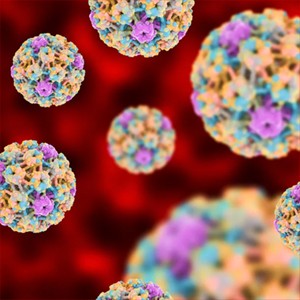 Two of them died from the disease this year, with the third, Mustaine, currently undergoing treatment.

More and more cases of virus-related cancer in the head and neck are occurring after infection with human papillomavirus (HPV). It is unclear whether Money, Tork, or Mustaine’s cancers were related to HPV, though the virus is now implicated in 70% of all oropharyngeal cancers in the US, according to the U.S. Centers for Disease Control.

The increase in HPV-related oropharyngeal cancer is likely caused by changes in sexual behavior and the long dormant period possible with HPV infection.

A major reason for this may be that oral sex is more popular in recent decades among younger generations, and HPV is a sexually transmitted infection. Prevalence of men and women saying they have engaged in oral sex is significantly lower in older age cohorts, according to a 2014 study in the journal PLOS ONE. Other scientific literature also supports this generational shift in attitudes about oral sex.

Human papillomavirus is associated with about 44,000 new cases of cancer in the head, neck, anus, or genitals, according to the CDC. About 25,000 of those people with an HPV-related disease are women and 19,000 are men.

In those newly diagnosed men, 81 percent of the cancers are oropharyngeal, that is, in the mouth or throat, according to the CDC.

About 79 million Americans are currently infected with HPV. About 14 million people become newly infected each year, the CDC states. HPV is so common that almost every person who is sexually-active will get HPV at some time in their life if they don’t get the HPV vaccine. HPV also causes genital warts, and the CDC estimates one in 100 people has an outbreak of genital warts at any given time.

All this is despite the fact that an effective HPV vaccine was released in 2006. At first it was only given to young women, but as researchers learned more about the behavior of the virus in men, they recommended the vaccine for young men as well.

“There are treatments for the conditions and cancers that are caused by HPV infection, but there is no known treatment to rid the body of the virus,” according to Melissa Conrad Stöppler, MD, a pathologist and author for MedicineNet. “Vaccines are available (for example, Gardasil and Gardasil 9) to prevent infection with the most common cancer-causing HPV types and the types that are most likely to cause genital warts.”

Most cases of HPV infection resolve on their own without treatment and do not cause cancers or long-term problems, Dr. Stöppler said. Most people with HPV never know they are infected and never develop any problems, signs, or symptoms related to the infection, which usually goes away on its own.

How Do I Know if I’m Infected With HPV?

HPV infection typically does not produce any signs and symptoms in men, although infection with some HPV types can lead to genital warts, which appear as raised lumps or bumps on the genital areas, Dr. Stöppler said.

What Is the Treatment for Head and Neck Cancer?

“Treatment for head and neck cancers depends on the exact location of the tumor, the stage of the cancer, and the person’s age and general health,” according to John P. Cunha, DO, FACOEP, an internist and medical author for MedicineNet. “Treatment options include surgery, radiation therapy, and chemotherapy. Depending on the location of the cancer and the type of treatment, rehabilitation may include physical therapy, dietary counseling, speech therapy, and/or learning how to care for a stoma after a laryngectomy. Some patients may need reconstructive and plastic surgery.”

The patient and the doctor should consider treatment options carefully. They should discuss each type of treatment and how it might change the way the patient looks, talks, eats, or breathes.

What About Cancer Treatment Side Effects?

Surgery for head and neck cancers often changes the patient’s ability to chew, swallow, or talk. The patient may look different after surgery, and the face and neck may be swollen. The swelling usually goes away within a few weeks, the NCI states. However, if lymph nodes are removed, the flow of lymph in the area where they were removed may be slower and lymph could collect in the tissues, causing additional swelling; this swelling may last for a long time.

After a laryngectomy (surgery to remove the larynx) or other surgery in the neck, parts of the neck and throat may feel numb because nerves have been cut, according to the NCI. If lymph nodes in the neck were removed, the shoulder and neck may become weak and stiff.

Patients who receive radiation to the head and neck may experience redness, irritation, and sores in the mouth; a dry mouth or thickened saliva; difficulty in swallowing; changes in taste; or nausea. Other problems that may occur during treatment are loss of taste, which may decrease appetite and affect nutrition, and earaches caused by the hardening of ear wax, the NCI states. Patients may also notice some swelling or drooping of the skin under the chin and changes in the texture of the skin. The jaw may feel stiff, and patients may not be able to open their mouth as wide after treatment.

Patients should report any side effects to their doctor or nurse, and discuss how to deal with them.