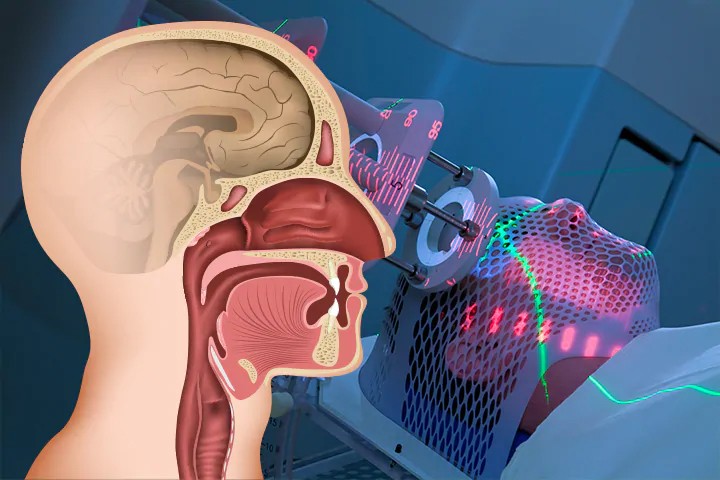 Patients treated with pembrolizumab (Keytruda) and concurrent radiation therapy had yet to reach the median progression-free survival (PFS) after a median follow-up of 21 months. Investigators hypothesized the treatment would result in median PFS of at least 16 months. Data showed that 76% of the patients remained alive without disease progression at 1 year, and 1-year overall survival (OS) was 86%, as reported at the Multidisciplinary Head and Neck Cancer Symposium (MHNCS) in Scottsdale, Arizona.

The treatment had a more favorable toxicity profile as compared with standard treatment with cisplatin, which has toxicities that include potentially severe hearing disturbance (e.g., tinnitus) and deafness.

“I will have patients I want to treat with platinum chemotherapy, but I also want to align treatment with their values,” Jared Weiss, MD, of the University of North Carolina Lineberger Comprehensive Cancer Center in Chapel Hill, said in a statement. “Is the patient willing to accept a risk of deafness or exacerbated ringing in their ears? These are not acceptable consequences for most people.”

The single-arm study included 29 patients with locally advanced head and neck squamous-cell carcinoma. All the patients were considered ineligible for cisplatin plus radiotherapy. Instead, they received pembrolizumab with radiation therapy, followed by additional pembrolizumab. The patients had estimated 2-year PFS of 71% and 2-year OS of 75%. Patients with p16-positive cancers, a favorable prognostic factor, had 1-year PFS and OS of 88% and 94%, respectively.

Most toxicity was grade 1/2 in severity, with the exception of grade 3/4 lymphopenia in 59% of the patients. Weiss said the toxicity experience was similar to what is normally seen with radiotherapy alone.

Half of patients with oral-cavity cancers had tumor shrinkage after two doses of the PD-1 inhibitor nivolumab (Opdivo), alone or in combination with ipilimumab (Yervoy), a small clinical trial showed.

The brief neoadjuvant treatment, which did not delay primary surgery, led to reduction in tumor size in 15 of 29 patients, including four patients who had >90% pathologic response as compared with pretreatment tumor measurements. Side effects possibly associated with treatment occurred in 21 of 30 evaluable patients. Most of the side effects were mild or moderate in severity, as grade 3/4 toxicities occurred in a total of seven patients (five of whom received the combination neoadjuvant immunotherapy).

“Oral cavity cancer is a notoriously difficult cancer with high rates of disease recurrence and death, and the side effects from standard treatment tend to be particularly challenging because the treated area is essential for speaking, swallowing, and breathing,” Jonathan D. Schoenfeld, MD, of Dana-Farber Cancer Institute in Boston, said in a statement. “We’re excited about moving immunotherapy earlier to treat more of these curative patients and, in the future, possibly reduce how aggressive their other treatments need to be.”

A majority of patients have shown no evidence of disease recurrence during the relatively brief follow-up of about a year, he added.

The study involved patients with T2-T4 cancer, including 17 with lymph-node involvement. They were randomized to receive two cycles of nivolumab alone or combined with ipilimumab during the first cycle. The primary endpoints were safety/tolerability and at least a 15% response rate in either treatment arm, with response defined as any clinical, radiological, or pathologic decrease in tumor measurements. Schoenfeld reported that 20 patients had volumetric responses (11 with nivolumab, nine with the combination), and 17 patients had clinical to pathologic downstaging.

Although the trial failed to show a significant difference in 2-year progression-free survival (PFS), the primary endpoint, everolimus-treated patients had a numerical advantage versus the placebo group. A post hoc analysis showed that significantly more patients in the everolimus arm remained disease-free at 1 year (81.16% vs 56.88%, P=0.039). The results showed no significant difference in 1- or 2-year overall survival (OS), but a subgroup analysis unexpectedly showed a significant survival advantage at 2 years with everolimus in patients with TP53-mutated disease (70.0% vs 22.5%, P=0.036).

The trial involved a total of 53 patients with locally advanced human papillomavirus (HPV)-negative HNSCC or patients with HPV-positive disease and at least a 10-pack-year history of smoking, a poor-prognosis group with cure rates of less than 40%, owing greatly to high rates of recurrence. After primary treatment with surgery or radiation therapy, the patients were randomized to everolimus or placebo. The results, though technically negative, suggest that treatment with everolimus might slow disease progression and possibly improve survival in the subgroup of patients with TP53-positive disease, Cherie-Ann O. Nathan, MD, of LSU Health Shreveport in Louisiana, said in a statement.