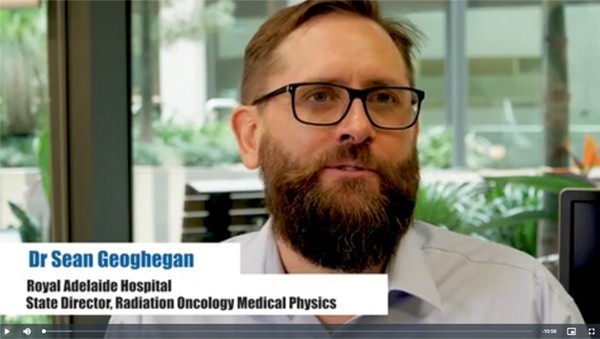 Meet Sean Geoghegan, a medical physicist at at the forefront of a revolution in Australian cancer care.

Medical Physicists are going to play a huge role in Australian cancer care in the future. As the revolutionary Particle Therapy begins to be established in Australia, people like Sean and his knowledge of both physics and medicine will be at the very forefront.

From studying physics in Western Australia, Sean has had a career working around the world, before settling in Adelaide to head up the state’s team of medical physicists working in cancer therapy.

In his role, Sean will be central to the development and operation of this revolutionary facility.

Watch the video to find out more about Sean and how he landed this incredible opportunity.