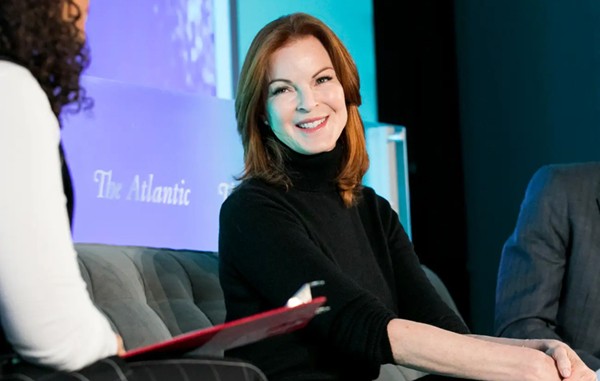 “It’s a virus,” she told Insider on Tuesday. “It’s not something that you do wrong. It doesn’t have to do with whatever sexual life you have.”

Cross had just finished speaking at what she said was her last anal-cancer outreach event this year, The Atlantic’s People v. Cancer conference.

“Going back to work would be nice after this,” the actress said with a laugh.

So grateful and happy to be alive but sad that my hair fell out and is about 1 inch long now and looks cra cra. Anyone else have #hairloss due to #cancer? Talk to me. I feel you. Xxoo m❤️❤️❤️

Cross’ husband, Tom Mahoney, was diagnosed with throat cancer in 2009. (His cancer is also now in remission.) Eight years later, Cross had cancer too.

The Centers for Disease Control and Prevention says that HPV is the most common sexually transmitted infection in the US and that about 40% of Americans may be infected with the virus at any given time. (White men are the demographic most likely to have it.) Nearly all adults have had HPV at some point, and the virus can lay dormant in the body for years before an HPV-related cancer pops up in a person’s body.

Every year, roughly 44,000 HPV-related cancers spring up across the US.

“The virus doesn’t spread through the bloodstream — it’s really spread through secretions,” Dr. Marshall Posner, the director of head and neck oncology at Mount Sinai (and one of the doctors who treated Cross’ husband), told a crowd at the conference. “We think that this is a disease that’s transmitted by physical contact between people, and that’s often intimate contact.”

You don’t necessarily have to be sexually active to contract the virus.

“Everybody’s infected with it by the time they’re in their 20s,” Posner said. “You don’t have to have actual sexual contact to transmit the virus. It’s transmitted by saliva, by secretions, by kissing, by saliva on your pants if you touch your body.”

There is a multi-dose vaccine that can prevent HPV-linked cancers, and it’s recommended for all kids by age 12. (Cross’ twin girls have both had their first dose, she said.) The shot course is safe, effective, and recommended for people of all genders 26 and under who are not yet vaccinated.

Older adults won’t benefit as much from getting the HPV vaccine, but people can still get it up until age 45. Routine cervical-cancer screenings can also help prevent cases of HPV-linked cancer.